Red-tailed hawk: Weighing 2-4 lbs. the Red-Tail is the largest hawk. Armed with keen eyesight, considered 8 times more powerful than that of humans and a wing span that can reach 56 inches, it lives on rodents, rabbits, snakes and lizards. Ravens: Ravens are notorious as a portend of ill fortune in fables. In reality, they pose a grave threat to baby desert tortoises. Highly intelligent, opportunistic birds, ravens feed on rodents, carrion and baby desert tortoises. More development has led to an increase in trash and a raven population explosion. Raven left and Red Tailed Hawk right 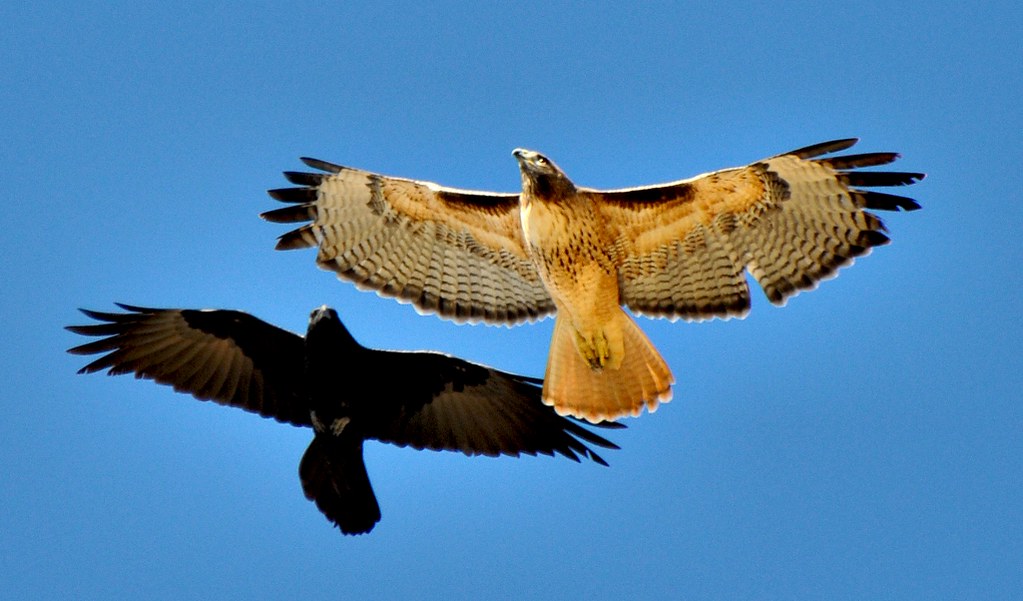 by Mojave Mama   Cactus wren: Known for usurping the nests and removing the eggs of other birds,the Catcus Wren is found in the southern areas of California and Nevada and the central sections of Texas and Mexico. 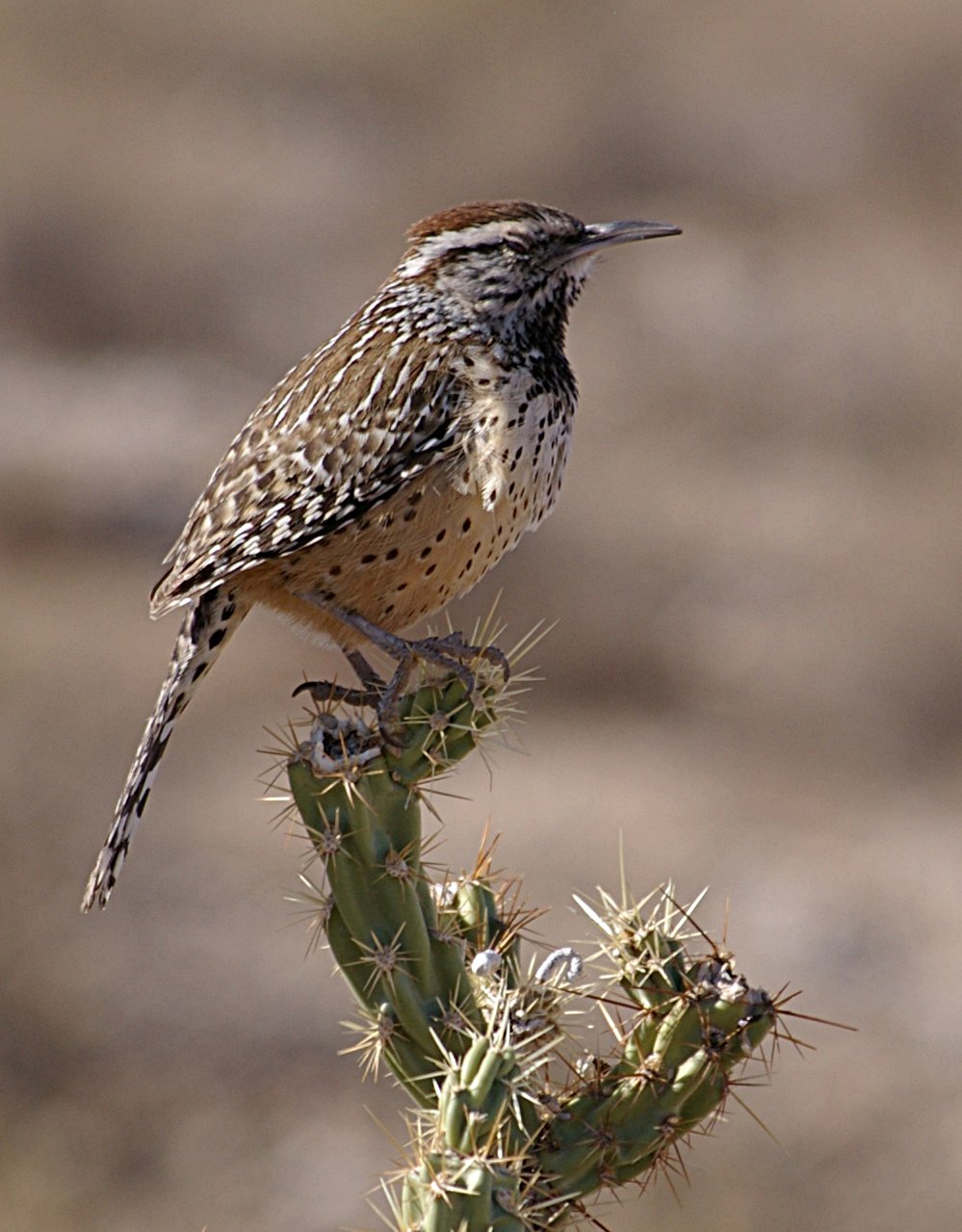 Roadrunner: Runs upwards of 15 miles per hour and dines on lizards and snakes. It can be heard “cooing” in the desert bush and chaparral where it resides. Unique “zyodactyl” feet with two toes pointing forward and two backward, make it stand out among other bird species. 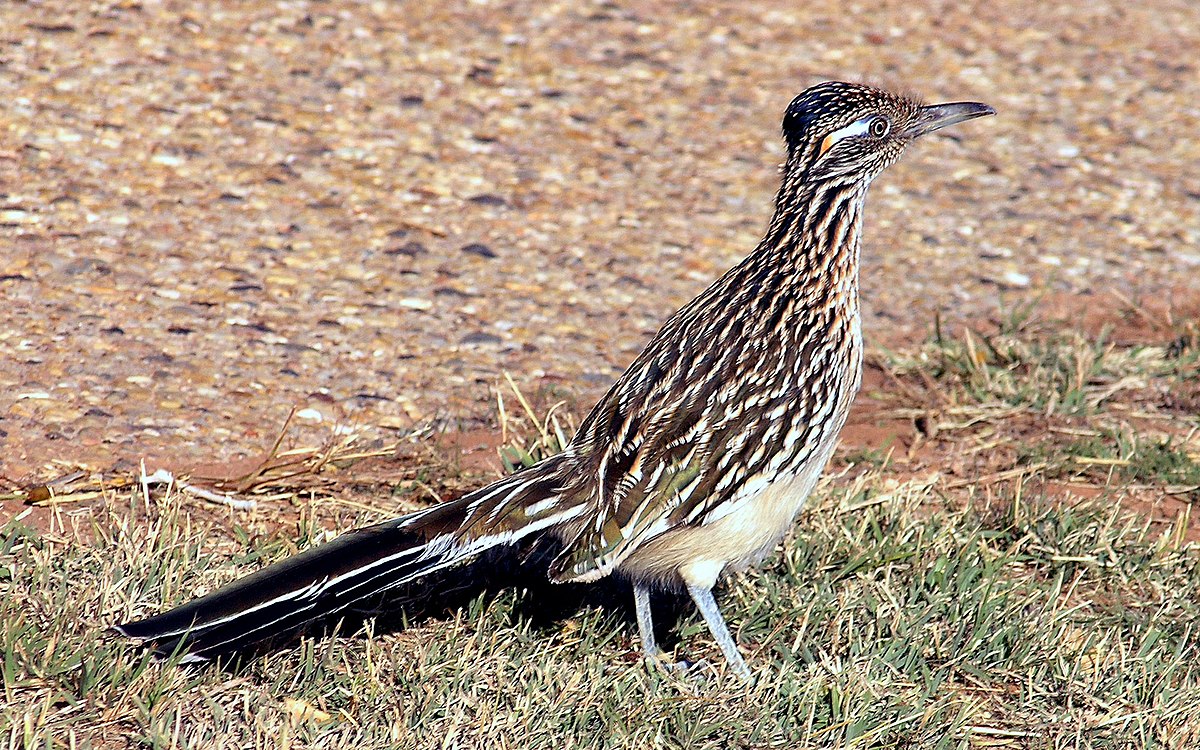 The vertebrate class with hair or “fur” which helps keep them warm-blooded, maintaining a near constant body temperature.  Along with bats, bighorn sheep, mountain lions, mule deer, bobcats and jackrabbits are just some of the Mojave residents. Bighorn Sheep: Ovis Canadensis is one of the most regal and resilient animals in the Mojave with an unsurpassable climbing ability. Traversing rocky terrain with ease and surviving on limited water, bighorn are able to evade most predators. Bighorn sheep glean maximum nutritive value from plants of marginal quality through a complex nine-stage digestive system. Bighorn have a livespan of of 10-15 years. 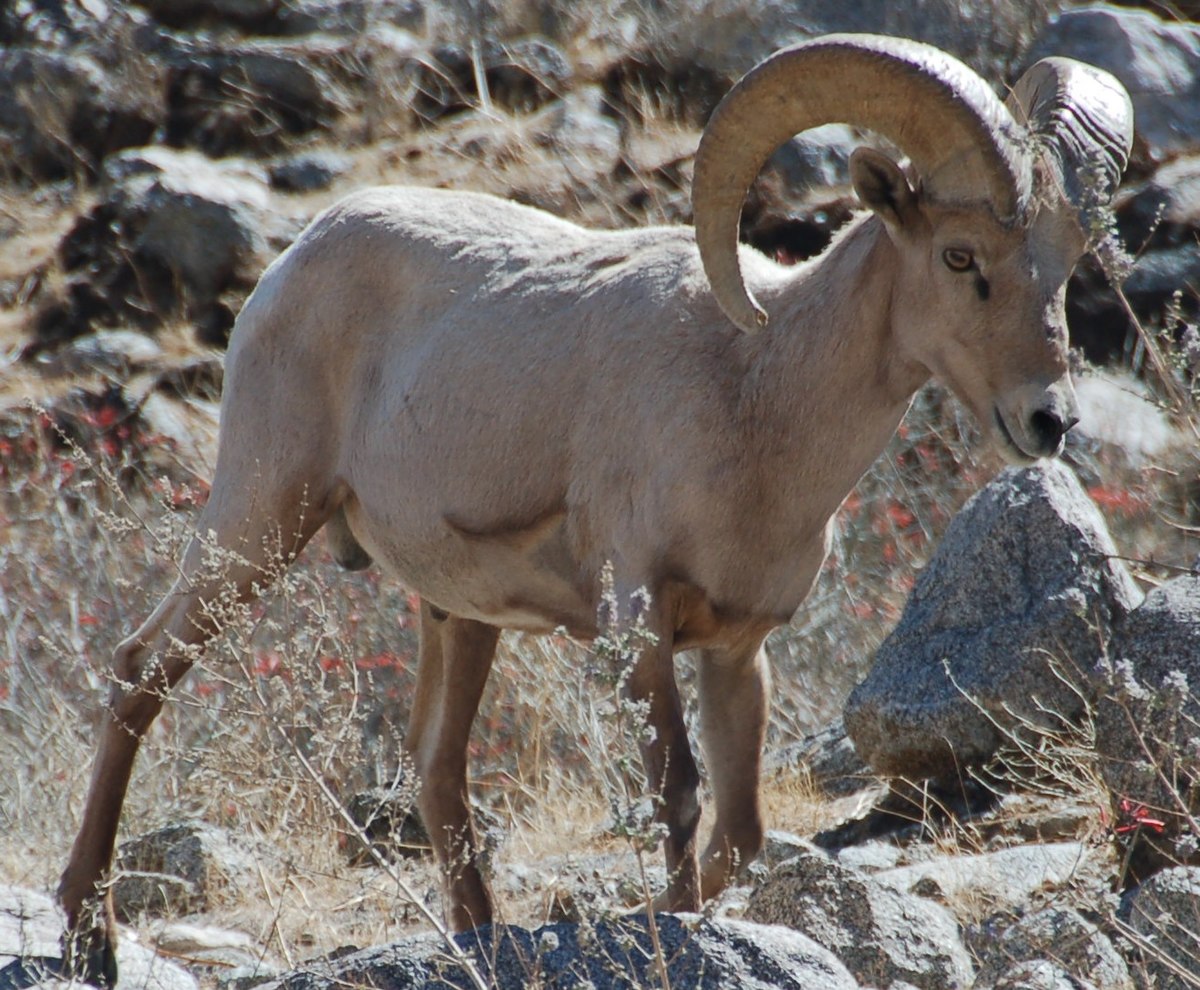 Black-tailed jackrabbits (Lepus californicus) are among the most commonly seen of desert mammals. Jackrabbits are larger and leaner than resident cottontail rabbits (Sylvilagus sp.) with longer legs and ears. A significant amount of blood flows through the many blood vessels of a jackrabbit’s ears, which helps dissipate heat, an important adaptation in the desert. Jackrabbits are mainly nocturnal and may be seen in large numbers by the side of the road at dusk. However, they are easily startled and will frequently bolt out from under bushes where they spend the daylight hours resting. Female jackrabbits are larger than male, a condition which is not common in mammals.

Coyote (Canis latrans) is another frequently seen desert mammal. One of four members of the dog family (Canidae) found within the Preserve, coyotes in the desert are significantly smaller and are lighter in color than those living in other habitats. Although mainly carnivores, coyotes may eat plants, and this adaptability has contributed to their survival in the face of habitat destruction. Although largely nocturnal, coyotes may be seen during the day. Coyotes, the most vocal of the Mojave mammals, have a complex vocabulary which includes the distinctive and legendary howl call. 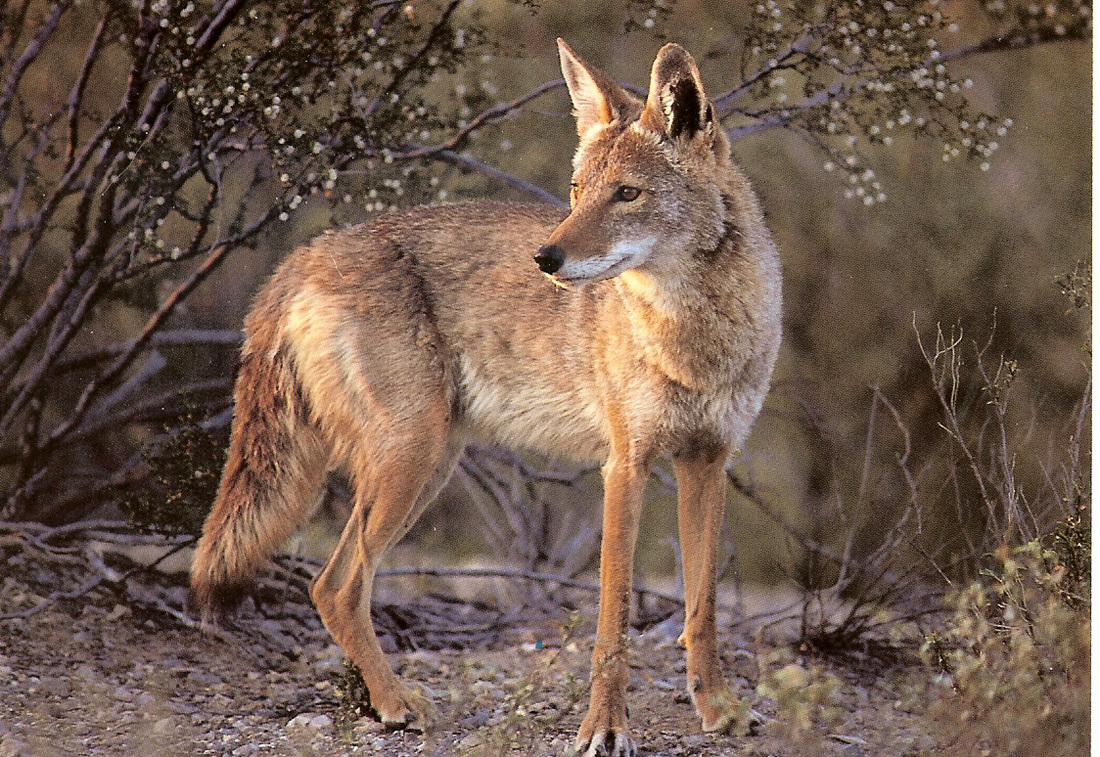 Bats: (Order Chiroptera), The only mammals with true wings capable of powered flight. Scientists theorize that bats evolved from gliding ancestors, whereas birds, from bipedal creatures that ran quickly along the ground. Unlike birds, bat wings are supported by the arm and four elongated fingers of the hand. Bats rely on echolocation in catching prey; the use of high-frequency sound in determining the location of objects.

of the class Reptilia are cold-blooded, regulating their body temperature based on environmental conditions. Their thick, scaly skin comprised of keratin, a protein found in human nails, minimizes water loss through evaporation.